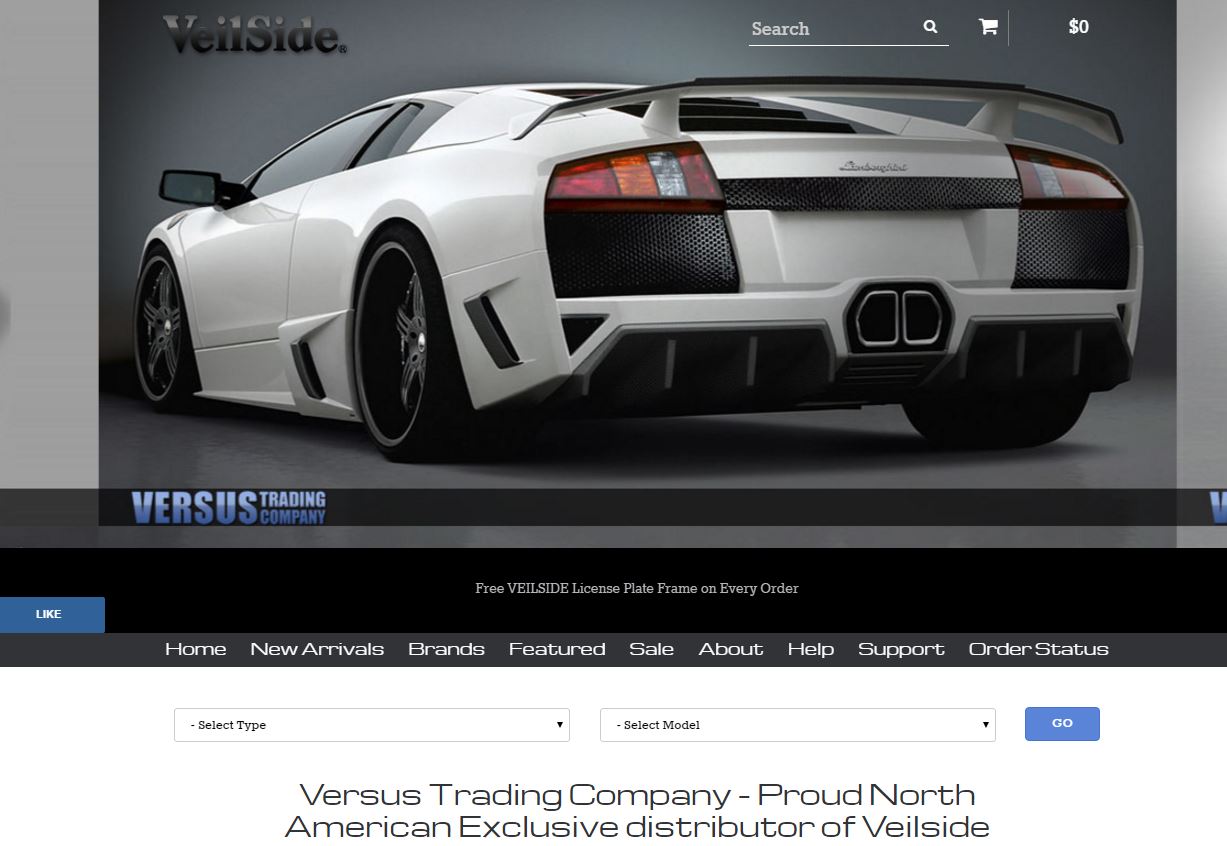 Established in 1994 in Glendale, AZ, Versus Motorsport, Inc. is a company with core roots in the beginning of the Import Car Culture era. The Versus crew lived the culture each and every day and were some of the most informed Car Enthusiasts in the business. From the beginning, Versus Motorsport has served both the wholesale and retail markets.Since it's move in 1999 into a second facility with 5,000 sq. ft. dedicated to wholesale only in Los Angeles California, Versus Motorsport has cemented it's position as one of the design innovators and major brand developers in the import marketplace. This move resulted in closer relationships with OE car manufacturers, magazine editors, and industry innovators.Versus is no stranger when it comes to setting trends in the Tuner industry. Our first brand was ""Kosoku Sports"" which was partnered with RJ DeVera who was named by SEMA and many other players in the industry as the new generation God Father of Import Car Culture. To this day, RJ DeVera continues to work on our brand and product development. Then we developed the ""Import Showoff"" brand Aerodynamic enhancement with Ken Miyoshi of Mainstream Production which is the first and most respected JDM Import Car Show even today. Together, we launched the Showoff Brand Body Kits, which set a new standard in the Tuner Industry. Due to it's huge success, our designs were copied by many others which we take as a form of flattery. Since then, we have continued to work with other respected companies to become leaders in the art of Aerodynamics.In an effort to maintain our trendsetting ways, we at Versus continued to take the market to new levels with the launch of Pure Styling in 2001. Our very first product was produced in conjunction with Meguiars Integra Type R Project. The car was featured on the cover of Super Street magazine shortly thereafter. After the successful release of the Meguiars Signature Series, we concentrated our efforts to expand the Pure Styling line. Pure Stying was developed as a perfect fitting, OEM SPEC Body Kit mainly using rigid Poly-Urethane material. 2001 was also a big year for us as we had our hands in working with the legendary movie The Fast and The Furious starring our Honda S-2000 and RJ DeVera.In 2002, we continued to release many brands of body kits partnering with big name companies such as 5-Axis, American Honda, RO_JA Ground Effects, Sparco, Super Street, and Parotech. Versus continued to expand its business by breaking into European markets not to mention being the first American Tuner Body Kit company to open it's door to France. At the same time, the Versus brand was licensed out to many different Die-Cast companies making scaled car toys such as Jada Toys Mattel, Modified Car, Norev of France, Muscle Machines, Radio Shack and SST by Super Street magazine with more than 100 different car toys.In early 2003 Versus moved to a 30,000 sq. ft. state of the art freeway front facility to better serve the needs of our clients. We are continually growing our stock inventory as we aim to eliminate backorders. We are bringing in more brands such as Charge Speed and JDM FRP from Japan which pushed fiberglass quality Body Kits to the next level. Both brands have the best Light Weight Fiber Composite quality ever made in the world with perfect fit, no-waviness, smooth finish and ready to paint as OEM products. This also lead to our involvment with 2Fast 2Furious, the second movie of The Fast and The Furious movies, to supply our high quality products for their 4 cars including the infamous Suki's Honda S-2000, Ludacris's Acura NSX, Wide Body Toyota Supra and Mazda RX-7.