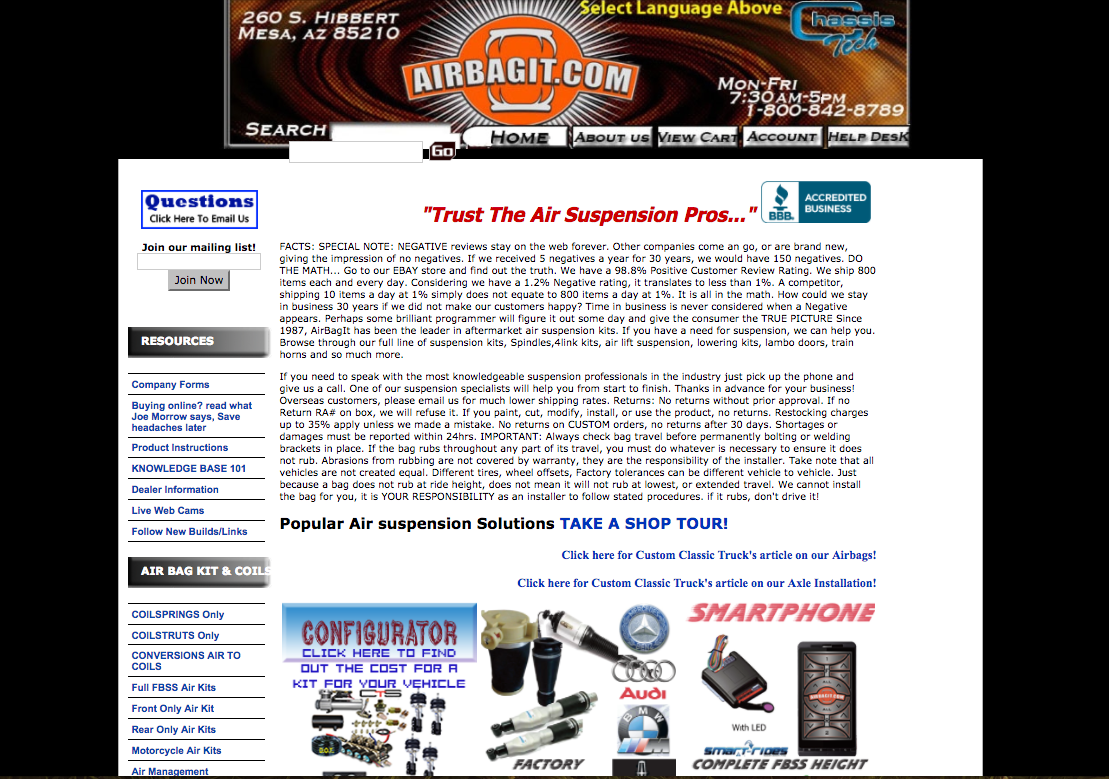 Like other successful companies, we started in our garage over 30 years ago. Ratical Tops was formed in 1987 and manufactured Convertible Tops for most every truck of the period. We still sell them today. We added suspension to our product line in 1992, and to better reflect our full line of products, we incorporated as AIM INDUSTRIES in 1992, which we still are know as today. In 1992, Chassis Tech was formed as we expanded our operations and purchased over $12,000,000 worth of CNC Machining equipment to build Spindles, Fabrication of raw metals. We purchased our building in 1997, which is 3 1/2 acres with over 100,000 square foot under roof. In 1994, AIM was the first company ever, to put all 4 wheels on air, which was featured at SEMA with our yellow Dodge Ram as the feature truck on SEMA advertising in 1995. Other companies saw what we were doing and followed suit. In 2002, we received a patent for engineering the first AirStrut to replace the original Mac Pherson strut.