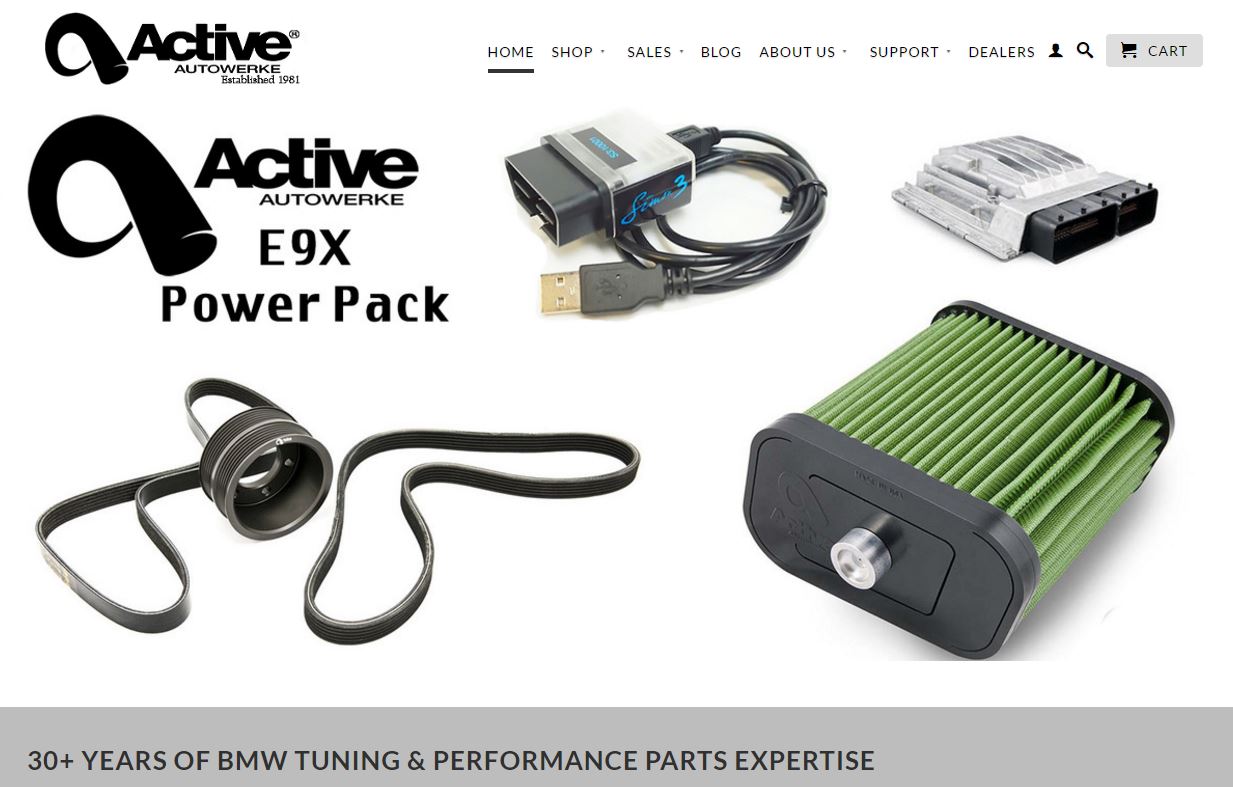 Brothers Mike and Karl Hugh were bred to play with power, it seems. As young men growing up on an island, doing things correctly for oneself became their ingrained credo. Their adolescent projects – bicycles and dirt bikes – were always the best performing. And that soon set the tone for the BMW tuning hobby they graduated to.By 1981, Mike and Karl were ready to get serious about their longstanding passion for a higher standard of BMW performance. Active Autowerke was born. Their motto at the time: ""Anything and Everything BMW"". They probably should have included “everyone” in there, too – since the endeavor was a classic family affair – with many branches of the Hugh family tree pooling their talents.The timing was ideal, and the company quickly grew as America’s motoring public developed a healthy appetite for the Bavarian treat. Soon Active Autowerke had grown into the largest independent BMW service center in Florida – with the most sophisticated equipment arsenal in the industry, certifications from leading componentry firms such as the Robert Bosch Corporation, and repute for setting the benchmark for service, integrity and professionalism.But this was just the beginning of the story.By late 1995, Karl realized precisely what the future was all about, as he focused the company back toward its purest roots: the addictive thrill of turning a fast BMW ... into a faster BMW. A BMW with aspirations far beyond the norm.As a graduate of University of Miami School of Engineering with a specialty in Internal Combustion Engines, Karl began to work in earnest on this vision. In less than a year, working with some of the most respected professionals in automobile performance, the first Active Autowerke M3 &amp; 325i Turbo Kits were born.Many rave reviews and magazine articles later, these kits and their many successors since have become well known for their durability, clever bolt-on engineering, affordable pricing – and their ability to breathe fire into the everyday BMW and its owner. No longer a brand known just around Florida, today’s Active Autowerke is known worldwide for its line of flawlessly engineered and manufactured performance parts for the entire Beemer.Yet this, it seems, is still just the middle of the story.As new models and challenges continue to be born, Active Autowerke continues to invent – and deliver – world class, new ideas and innovations that make them run better. The Hugh brothers can’t help it. It’s been in their genes from the beginning.